Last fall, was a bit of a whirlwind. I found myself for the first time in almost a decade looking for new work, plus was dealing with some less than straightforward health issues that led to out of state travels. Of course, there was day to day chaos from life with three kids. I seemed to be oozing stress. An escape from reality was certainly needed.

In early October, I received a Facebook message from a casting producer from Collins Avenue Casting asking if we would like to be interviewed for a reality show called, “My Crazy Birth Story.” He wrote that he stumbled across my blog entry about my son Danny’s unconventional birth and thought we may be a good fit. I oddly enough read this email while Danny was taking an acting class. This child had a flair for drama from day one! I immediately called Mike to see if this guy was legit. Turns out Collins Avenue Casting produces a variety of reality shows including, Dance Moms. So while my kid was acting his little heart out in class, I chatted with a casting producer who set up a Skype interview for the following week.

In the 8 years since Daniel was born in our van, I have often lamented that we did not receive the media coverage many of the subsequent car birthers have received. We didn’t have smart phones at the time and couldn’t live stream the birth, as others have. Whenever I would see a story of a car birther featured on social media, I would jokingly complain to Mike that our story did not receive the full 15 minutes of fame it deserved. Mind you, my account of his birth was posted on an acquaintance’s blog for many years, before being posted on my own blog. There was also a story in a local magazine that a dear friend edits featuring our story and another family who also delivered their child in a van. It was later published on Love What Matters, a popular site with human interest stories. A journalist from People.com read Danny’s birth story on Love What Matters and interviewed me, as well. That never amounted to anything, but it was fun to be considered. So, I’d say we have received about 5 minutes of our full 15 minutes of fame. Little did we know, we would have the opportunity to earn those last 10 minutes when the star of this story was in second grade.

The Skype interview with the casting producer went flawlessly. Mike and I turned our charm on and bantered with the producer about that crazy night. At least, that’s how I remembered it. We waited a few days, before we found out we were in. We would be provided with an all expense paid trip to Los Angeles for two nights for the following week. Next up, was securing overnight childcare and handling all the logistics that come with leaving three kids to fly across the country for a couple of days in the middle of the school week. Somehow the stars aligned and we were off!

We had a great time in Los Angeles being tourists before filming the show. The whole experience went by so fast & before we knew it, we were back home and back to our reality.

Our episode of “My Crazy Birth Story” will be aired on TLC on Thursday, August 22 at 11 pm and is now available for streaming. 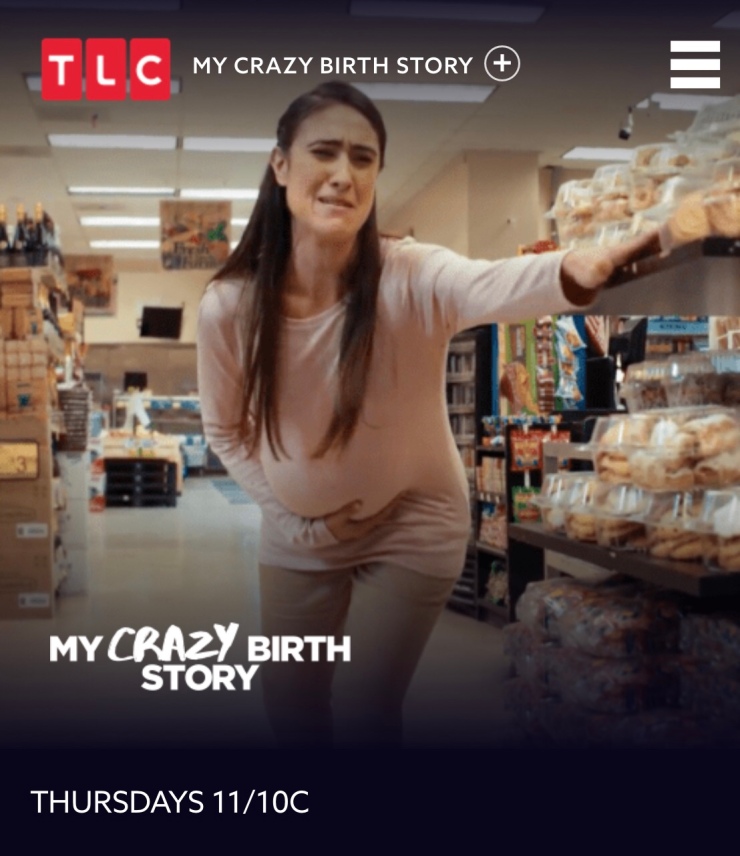