Somedays, I feel like I live in a zoo. We actually have enough animals to have a small menagerie. We have a dog, a guinea pig, two fish and just spent the past week bunny sitting. 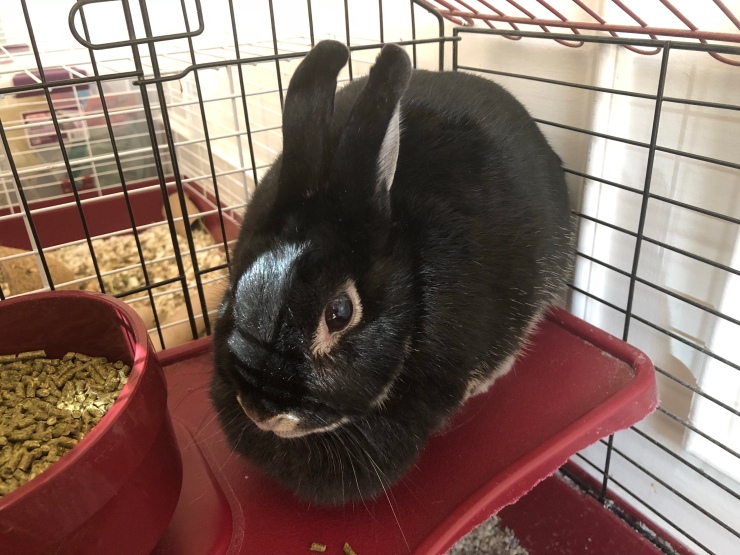 We have a new arrival to welcome to our growing family- a lizard named Lizzy, who was captured in a Starbucks cup at Target. She was “rescued” by a neighbor and due to a series of unfortunate events that I don’t fully comprehend, she became ours. Lizzy enjoys shopping at Target, just like me.   How could I possibly throw her back into the wild, after she was living a cushy life at one of my happy places? (Note to self- work on saying, “no”). 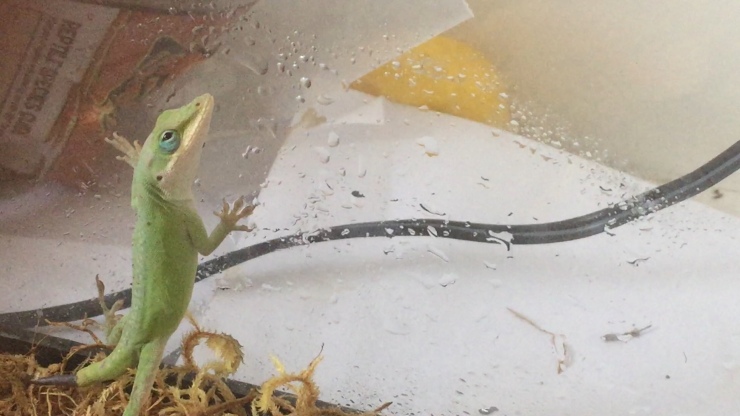 Fortunately for Lizzie, we have a huge empty fish tank for her to live in. Next to her tank, is a smaller tank full of crickets for her to eat. The boys, however, often forget to close the crickets’ tank, so it’s not uncommon for crickets to be found jumping around the house. She also likes to eat worms. The boys enjoy racing the worms before feeding them to Lizzy.  I told them I am fine with them racing the worms, as long as they do not do it on the kitchen table. 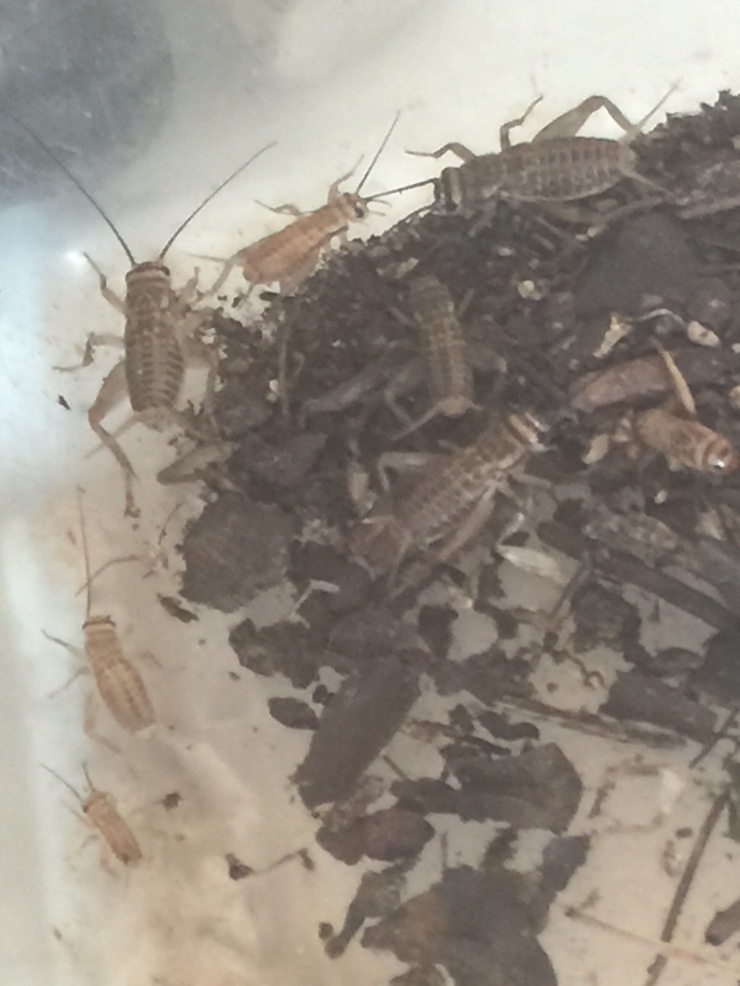 A few days ago, my sons found a turtle in the road. Instead of putting it immediately back into the lake by our house, they brought him home. They wanted to “rehabilitate” him and keep him as a pet. I fortunately was able to say “no”this time. 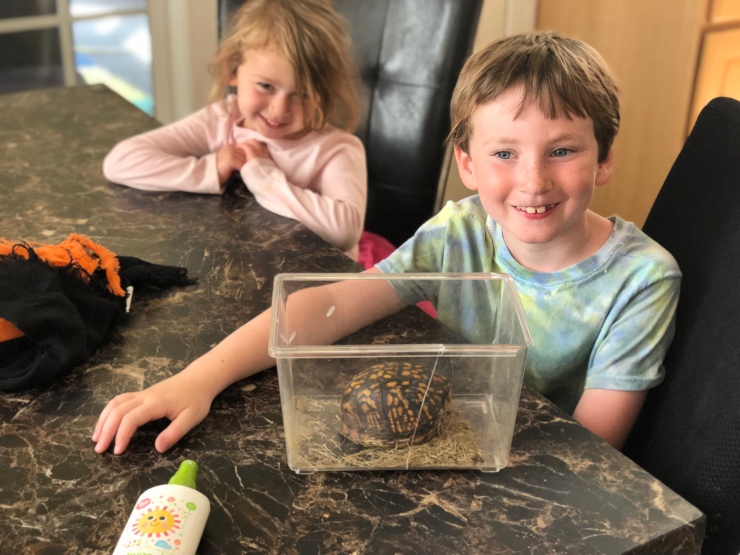 We later set him free in the lake and he lived happily after (or so I hope). 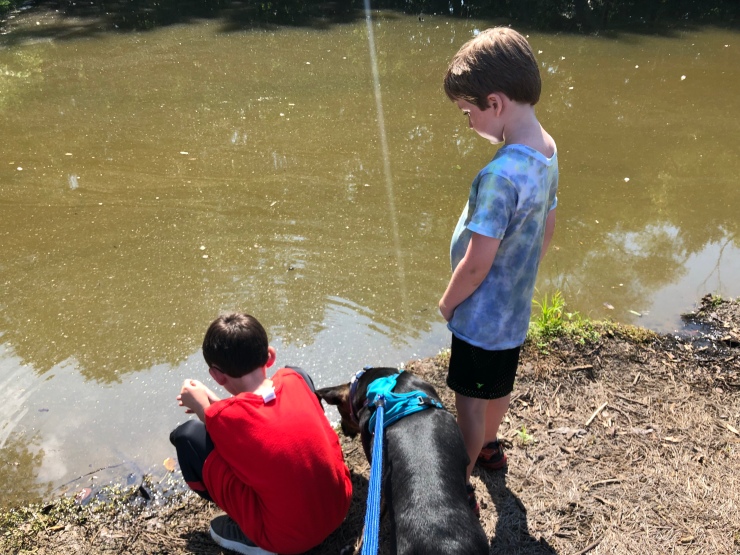 Earlier in the summer, Reese found a baby bird in the backyard. He immediately brought the bird to us. We then all traveled to Carolina Waterfowl Rescue, so the baby bird could receive the care it needs. 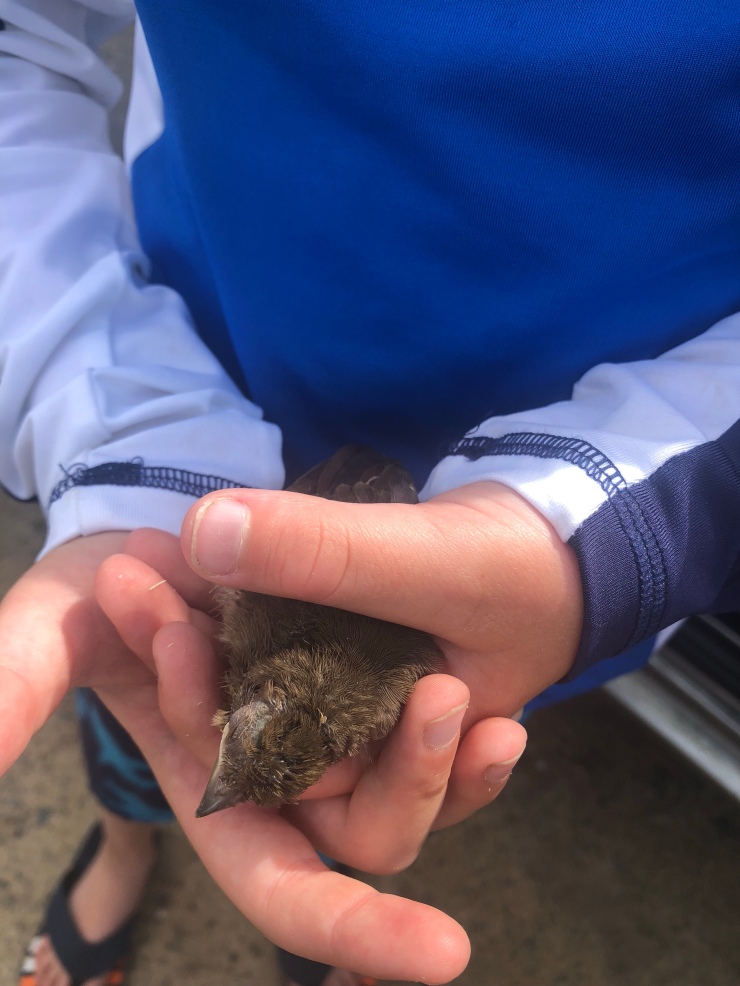 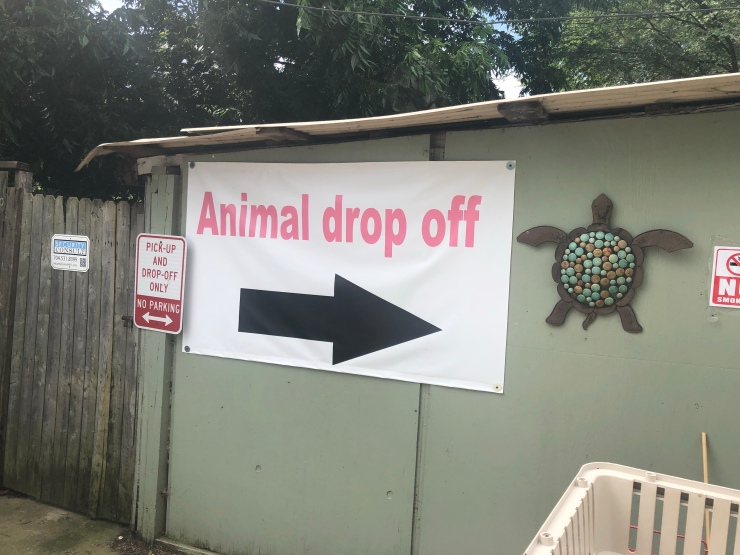 Even though the animals in our home often bring chaos, I love how my kids love animals. I love how they want to rescue the ones in need and take care of them.  When they are older, my boys aspire to run a pet store or open a zoo together. (My daughter aspires to be a genie or a princess). When they are caring for their animals, they are typically not fighting. That’s a win in my book! 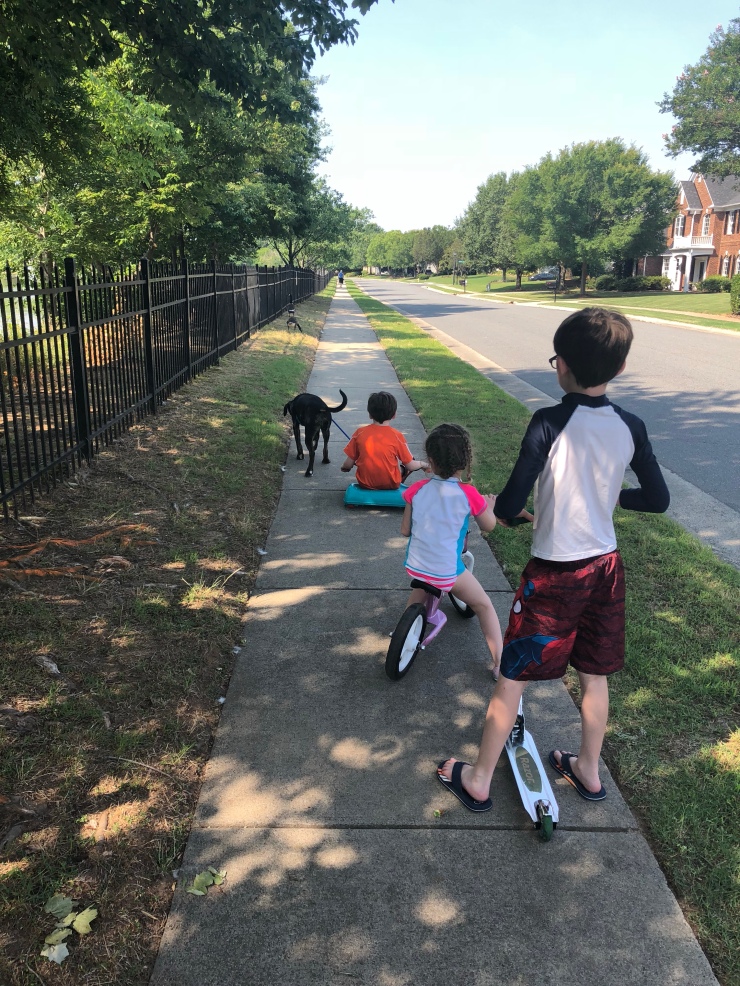